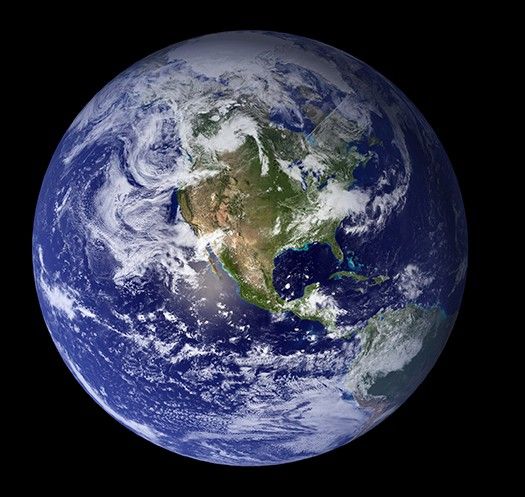 Earth Day is an annual event on April 22nd in which various events and demonstrations are held worldwide to help raise awareness and support for environmental protection. The 2019 theme for Earth Day is to protect threatened and endangered species.

During the Santa Barbara oil spill in 1969 more than three million gallons of oil spewed, killing over 10,000 birds, dolphins, seals and sea lions. As a reaction to the disaster, activists were inspired to create environmental regulation, education, awareness and Earth Day. Since then Earth Day is observed globally and coordinated by the non-profit Earth Day Network, chaired by the first Earth Day organizer Denis Hayes.

The fight for a clean environment continues with increasing urgency, as the ravages of climate change become more manifest every day. Earth invites you to be a part of the change and to make a difference. Next year marks the 50th anniversary of Earth Day, in honor of this milestone Earth Day Network is launching an ambitious set of goals to shape the future of 21st-century environmentalism.

Unfortunately, due to the large amounts of pollution created every day, there has been a detrimental effect on the environment, animals, plants and humans. Pollution can take the form of noise, heat, light and of course the injurious smoke emitted by vehicles, factories, production of coal, gas and oil.

Greenhouse gases are a large cause of air pollution, methane from the overpopulation and production of livestock, and carbon dioxide from the burning of fossil fuels, waste and trees. About 300 billion tons of carbon, 40 times the annual greenhouse gas emissions from fossil fuels are stored in trees, according to Greenpeace.
It is estimated that 15 percent of all greenhouse gas emissions come from deforestation, according to the WWF.

Solar
One of the most common and obvious methods of renewable energy sources. Recently, Elon Musk introduced solar shingles to the market along with other solar energy companies.

Wind
Turbines are most commonly found in large fields or floating offshore, but if you have a large enough property you can think about installing a small wind turbine to power your home.

Water
This is a less attainable source of energy unless you have the right circumstances. If your property contains a source of flowing water, you’re in luck.

According to the Conference Board of Canada, the average Saskatchewan Resident produces about 73 kg of trash per month.

Reusable Product Containers
There are so many reusable container options, like mason jars for storing food and other things in your home. Local company @WrapgodYQR distributes a great alternative for keeping your fruits, veggies and other food fresh with reusable bee’s wax wraps.

Year-Round Indoor Garden
Indoor farming methods have seen a resurgence over the past few years, particularly with many condo dwellers who don’t have access to a garden. Not only does growing your own herbs indoors provide you with fresh ingredients daily, you are eliminating the need for packaged produce.

Composting
There are many misconceptions that home composting is too daunting and stinky, this can be true if done improperly. Follow these guidelines to make composting easy and effective indoors or outdoors. Composting is a great way to use the things in your fridge that you didn’t eat or the skins of fruits. There are many benefits to this option including fertilizing your home garden!

As one realizes how composting can be a relatively simple and effective way to improve their gardens and reduce waste, they may wonder why they did not start doing it sooner. to read more visit Home Composting Guide

What are we already doing?

On December 12, 2015, 197 nations came to a consensus that all countries will aim at combating climate change and adapting to its impacts during the United Nations Framework Convention on Climate Change.

On November 21, 2016, the federal government announced a plan to speed up the shift away from coal, Canada’s dirtiest power source. Under the new regulations, Canada will be free of conventional coal-fired electricity by 2030.

This was a major win for public health, the environment and the economy. The Foundation’s climate team has been working on this issue for more than a decade.

This success was possible with the tens of thousands of supporters who sent letters to the government through the “Say no to coal in Canada” online action. The David Suzuki Foundation delivered an anti-coal letter to Parliament Hill, representing almost 35,000 people in Canada, on the day of the government’s announcement.