WHL Suits Up to Promote Organ Donation Presented by RE/MAX 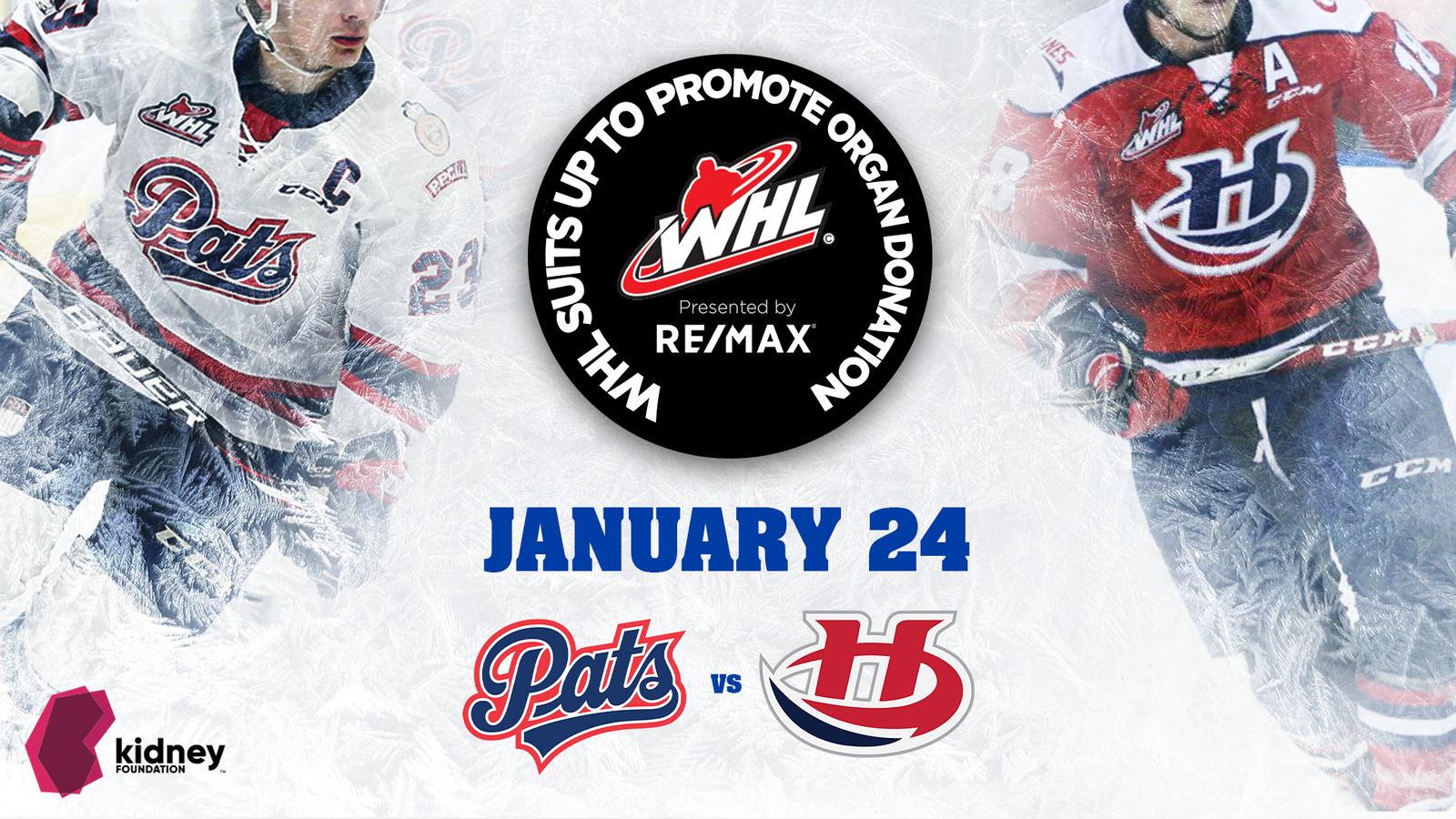 RE/MAX of Western Canada, in partnership with the Western Hockey League, is excited to celebrate the history of Hockey Night in Canada and the touching history of the Logan Boulet Effect in support of the Kidney Foundation with the launch of RE/MAX Presents: WHL Suits Up to Promote Organ Donation.

Through the first two years of the event, more than $460,000 has been raised for the Kidney Foundation.

New this year, WHL Clubs will also pay tribute to the Logan Boulet Effect. A member of the SJHL’s Humboldt Broncos, Boulet passed in the tragic bus crash that claimed the lives of 16 people on April 6, 2018. Boulet – who was only 21 years old at the time – earned widespread, posthumous commendation for his decision to have previously signed his organ donation card, ensuring a selfless act that provided the gift of life to others and sparked a national movement for organ donation registration at the same time.

WHL players will wear special helmet decals to create awareness of “Green Shirt Day Presented by VistaPrint Corporate Solutions in Partnership with Global News and Canada’s Organ and Tissue Donation Community.” On April 7, fans are encouraged to wear green in memory of the Humboldt Broncos bus tragedy and in honour of the Logan Boulet Effect. The goal of Green Shirt Day is to inspire organ donor registrations, furthering the legacy of Boulet, and creating a conversation among Canadians on the importance of organ donation in the process. In addition to the decals adorning helmets, the specially-themed jerseys will be emblazoned with text reading “The Logan Boulet Effect” on the inside collar. The Lethbridge Hurricanes, Boulet’s hometown team, was the first WHL Club to take this step by incorporating the words into their sweaters during the 2018-19 WHL Regular Season.

“The Western Hockey League is very proud to continue working alongside our longstanding partner RE/MAX of Western Canada to help generate further support for the Kidney Foundation,” commented WHL Commissioner Ron Robison. “We are excited to celebrate the history of Hockey Night in Canada, Coach’s Corner, as well as raising awareness of the Logan Boulet Effect in this year’s edition of WHL Suits Up to Promote Organ Donation.”

“It is critical we help people understand how essential organ donation is,” said Elton Ash, Regional Executive Vice President of RE/MAX of Western Canada. “WHL Suits Up for Organ Donation is a fun and meaningful way to get this important message out there.”

“Every day, the Kidney Foundation works to bring organ donation and transplantation out of the shadows and our partnership with the WHL and RE/MAX has allowed us to engage with thousands of Canadians,” said Cyril Muise, National Director of the Kidney Foundation. “As a transplant recipient, I am honoured to be part of these special games which are about saving lives.

Fans will have a chance to get their hands on the limited-edition Hockey Night in Canada-themed WHL sweaters through local auction with their WHL Club. The Kidney Foundation will once again be the benefactor, with 100 per cent of the proceeds raised going towards local chapters of the Foundation. Two additional jerseys autographed by Don Cherry, part of an organ donor family and support of the Kidney Foundation, will be up for auction as well.

Those in attendance will also have the chance to win a commemorative bobblehead celebrating the history of Hockey Night in Canada, and Coach’s Corner featuring Don Cherry and Ron MacLean.

In an effort to continue building upon awareness surrounding the importance of organ donation, the Kidney Foundation will once again be present at each theme game to field questions and provide those interested with information on how to donate. Logan Boulet Effect bracelets will also be available to those in attendance, with accompanying cards on how to become and organ donor.